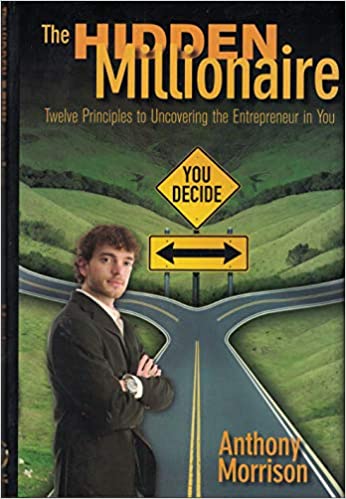 Anthony Morrison has managed to make himself a millionaire before he reached the age of thirty, and he has taken himself out of financial hardship. Now, he wants to give people the same opportunities that he had by teaching them the techniques that he used to become financially free, and you can get it by reading The Hidden Millionaire “Twelve Principles To Uncovering The Entrepreneur In You” as well as his other books. Since he started his own business in 2004, Anthony has enjoyed a tremendous amount of success. He taught himself how to make money online, and he wants to help others find the hidden millionaire that’s already inside of them.

Anthony built a one-man business while he was a full-time college student, and the success of that venture managed to save his family from financial ruin. He put together a method that can make anyone a successful entrepreneur. And like he has done for so many people, he can help you become successful. There may be a hidden millionaire inside of you that’s waiting to come out. And by reading this book, you can learn the same systematic approach that Anthony has used to save himself and his family.

When you read The Hidden Millionaire “Twelve Principles To Uncovering The Entrepreneur In You” and apply its principles, you will have a way to help your business become successful. And in this book, you’ll have a combination of inspirational stories and practical strategies that will keep you motivated. The book is part autobiographical, and he uses his story to inspire people as they apply these skills to become hidden millionaires themselves. When you read this book, you will have what you need to awaken the hidden millionaire that may be in you!

The Hidden Millionaire “Twelve Principles To Uncovering The Entrepreneur In You” will give you the tools you need to create and build a successful online business. Anthony Morrison has helped many aspiring entrepreneurs start their first business through one-on-one training, and he gives people the same information that he presented back in 2008. Ten years later, he travels the world so he can share his story and teach people what they need to know so they find their own hidden millionaire, and he can inspire you in the same way.

With this book, Anthony gives people a “template for success.” And he has helped people breakthrough and become huge successes in their own right. While he has managed to free himself and his family from financial hardship, he wants to help others realize the same dream. His books are easy to read, and they’re full of useful information that can help you get real results.

Anthony Morrison has created a number of products that are meant to bring the hidden millionaire out of people. And aside from writing books that give people valuable information, he has created a number of online products and courses that have helped many people find success in the field. Anthony has been an entrepreneur since he was a kid, and he used these skills to buy himself a Jacuzzi when he was seven years old. He used the same drive to buy his father a motorcycle a year later.

Anthony has a history of accomplishing his goals, and he can help you do the same. There are many hidden millionaire stories that are being told because of him, and his books and courses can do the same for you. He brought his family out of financial hardship when he was twenty-one, and his success has moved forward from there. Aside from having his own charity, he operates one of the most successful online marketing seminars in the country.

Anthony Morrison (born December 24, 1982 in Mississippi, United States) is an American entrepreneur and self-help author. He is known for his television infomercial series presented with host author Mark Victor Hansen, which have been running since 2009. He wrote a series of three self-published Internet investing books. He has appeared in business publications including Growing Wealth Magazine, Success Magazine, and the Los Angeles Times. 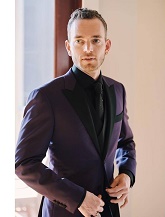 If you want to change the course of your online business, then you need to visit Anthony Morrison Books and get your copy today! You’ll be glad you did!

Books Available on Amazon! Check Them Out.

Anthony Morrison has traveled across the country and taught thousands of people how to be very successful with marketing online.

Anthony Morrison helps Entrepreneurs around the world dive deep into the keys you need to shatter excuses, believe in yourself and help you achieve your highest goals.